“And the Word became flesh and dwelt among us, and we have seen His glory,
glory as of the only Son from the Father, full of grace and truth.” 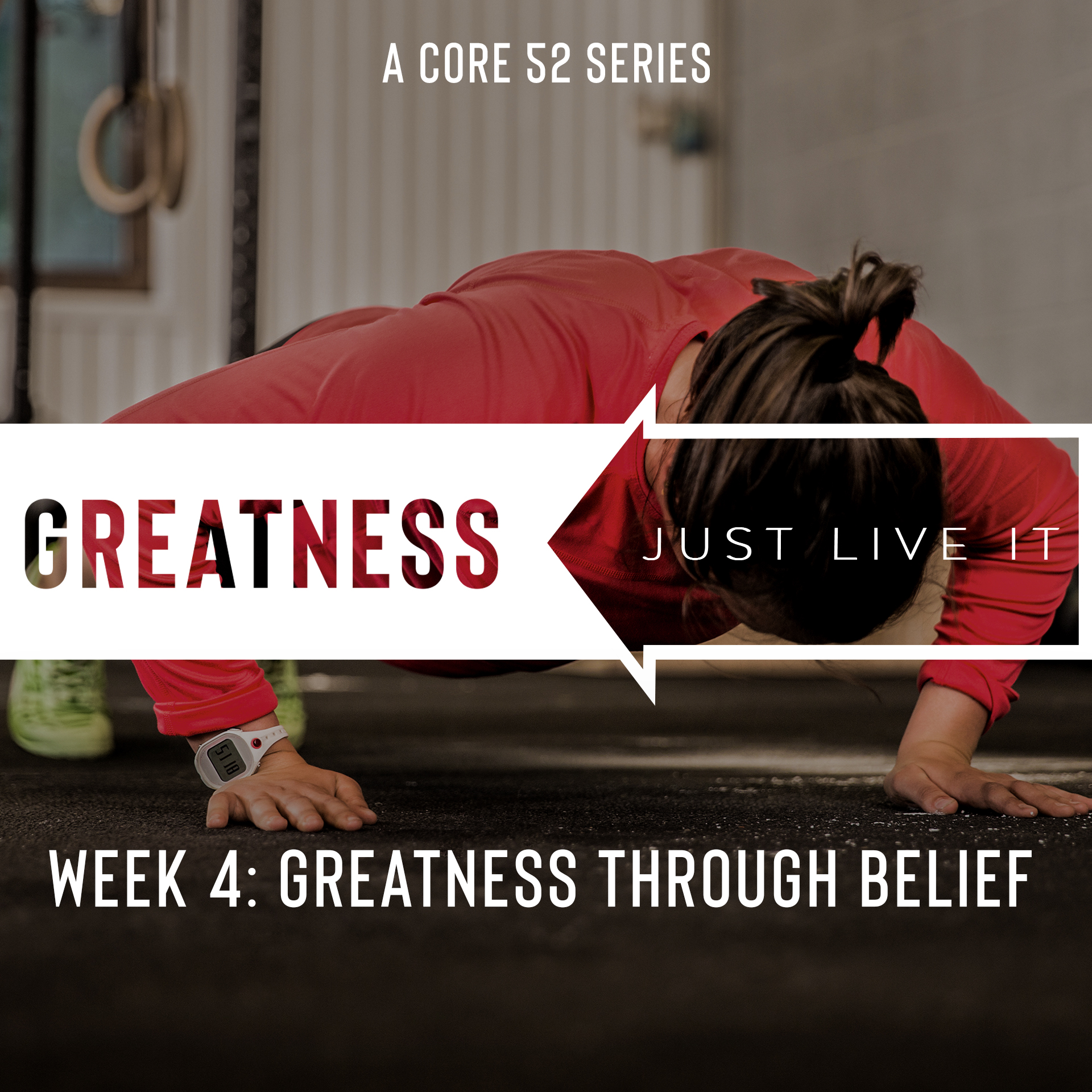 The Visit of the Wise Men

1Now after Jesus was born in Bethlehem of Judea in the days of Herod the king, behold, wise men from the east came to Jerusalem, 2saying, “Where is he who has been born king of the Jews? For we saw his star when it rose and have come to worship him.” 3When Herod the king heard this, he was troubled, and all Jerusalem with him; 4and assembling all the chief priests and scribes of the people, he inquired of them where the Christ was to be born. 5They told him, “In Bethlehem of Judea, for so it is written by the prophet: 6“‘And you, O Bethlehem, in the land of Judah, are by no means least among the rulers of Judah; for from you shall come a ruler who will shepherd my people Israel.’” 7Then Herod summoned the wise men secretly and ascertained from them what time the star had appeared. 8And he sent them to Bethlehem, saying, “Go and search diligently for the child, and when you have found him, bring me word, that I too may come and worship him.” 9After listening to the king, they went on their way. And behold, the star that they had seen when it rose went before them until it came to rest over the place where the child was. 10When they saw the star, they rejoiced exceedingly with great joy. 11And going into the house, they saw the child with Mary his mother, and they fell down and worshiped him. Then, opening their treasures, they offered him gifts, gold and frankincense and myrrh. 12And being warned in a dream not to return to Herod, they departed to their own country by another way.

The Flight to Egypt

13Now when they had departed, behold, an angel of the Lord appeared to Joseph in a dream and said, “Rise, take the child and his mother, and flee to Egypt, and remain there until I tell you, for Herod is about to search for the child, to destroy him.” 14And he rose and took the child and his mother by night and departed to Egypt 15and remained there until the death of Herod. This was to fulfill what the Lord had spoken by the prophet, “Out of Egypt I called my son.”

16Then Herod, when he saw that he had been tricked by the wise men, became furious, and he sent and killed all the male children in Bethlehem and in all that region who were two years old or under, according to the time that he had ascertained from the wise men. 17Then was fulfilled what was spoken by the prophet Jeremiah: 18“A voice was heard in Ramah, weeping and loud lamentation, Rachel weeping for her children; she refused to be comforted, because they are no more.”

The Return to Nazareth

19But when Herod died, behold, an angel of the Lord appeared in a dream to Joseph in Egypt, 20saying, “Rise, take the child and his mother and go to the land of Israel, for those who sought the child’s life are dead.” 21And he rose and took the child and his mother and went to the land of Israel. 22But when he heard that Archelaus was reigning over Judea in place of his father Herod, he was afraid to go there, and being warned in a dream he withdrew to the district of Galilee. 23And he went and lived in a city called Nazareth, so that what was spoken by the prophets might be fulfilled, that he would be called a Nazarene.

Luke 2 The Birth of Jesus Christ

1In those days a decree went out from Caesar Augustus that all the world should be registered. 2This was the first registration when Quirinius was governor of Syria. 3And all went to be registered, each to his own town. 4And Joseph also went up from Galilee, from the town of Nazareth, to Judea, to the city of David, which is called Bethlehem, because he was of the house and lineage of David, 5to be registered with Mary, his betrothed, who was with child. 6And while they were there, the time came for her to give birth. 7And she gave birth to her firstborn son and wrapped him in swaddling cloths and laid him in a manger, because there was no place for them in the inn.

The Shepherds and the Angels

8And in the same region there were shepherds out in the field, keeping watch over their flock by night. 9And an angel of the Lord appeared to them, and the glory of the Lord shone around them, and they were filled with great fear. 10And the angel said to them, “Fear not, for behold, I bring you good news of great joy that will be for all the people. 11For unto you is born this day in the city of David a Savior, who is Christ the Lord. 12And this will be a sign for you: you will find a baby wrapped in swaddling cloths and lying in a manger.” 13And suddenly there was with the angel a multitude of the heavenly host praising God and saying, 14“Glory to God in the highest, and on earth peace among those with whom he is pleased!” 15When the angels went away from them into heaven, the shepherds said to one another, “Let us go over to Bethlehem and see this thing that has happened, which the Lord has made known to us.” 16And they went with haste and found Mary and Joseph, and the baby lying in a manger. 17And when they saw it, they made known the saying that had been told them concerning this child. 18And all who heard it wondered at what the shepherds told them. 19But Mary treasured up all these things, pondering them in her heart. 20And the shepherds returned, glorifying and praising God for all they had heard and seen, as it had been told them. 21And at the end of eight days, when he was circumcised, he was called Jesus, the name given by the angel before he was conceived in the womb.

Jesus Presented at the Temple

22And when the time came for their purification according to the Law of Moses, they brought him up to Jerusalem to present him to the Lord 23(as it is written in the Law of the Lord, “Every male who first opens the womb shall be called holy to the Lord”) 24and to offer a sacrifice according to what is said in the Law of the Lord, “a pair of turtledoves, or two young pigeons.” 25Now there was a man in Jerusalem, whose name was Simeon, and this man was righteous and devout, waiting for the consolation of Israel, and the Holy Spirit was upon him. 26And it had been revealed to him by the Holy Spirit that he would not see death before he had seen the Lord’s Christ. 27And he came in the Spirit into the temple, and when the parents brought in the child Jesus, to do for him according to the custom of the Law, 28he took him up in his arms and blessed God and said, 29“Lord, now you are letting your servant depart in peace, according to your word; 30for my eyes have seen your salvation 31that you have prepared in the presence of all peoples, 32a light for revelation to the Gentiles, and for glory to your people Israel.” 33And his father and his mother marveled at what was said about him.34And Simeon blessed them and said to Mary his mother, “Behold, this child is appointed for the fall and rising of many in Israel, and for a sign that is opposed 35(and a sword will pierce through your own soul also), so that thoughts from many hearts may be revealed.” 36And there was a prophetess, Anna, the daughter of Phanuel, of the tribe of Asher. She was advanced in years, having lived with her husband seven years from when she was a virgin, 37and then as a widow until she was eighty-four. She did not depart from the temple, worshiping with fasting and prayer night and day. 38And coming up at that very hour she began to give thanks to God and to speak of him to all who were waiting for the redemption of Jerusalem.

The Return to Nazareth

39And when they had performed everything according to the Law of the Lord, they returned into Galilee, to their own town of Nazareth. 40And the child grew and became strong, filled with wisdom. And the favor of God was upon him.

The Boy Jesus in the Temple

41Now his parents went to Jerusalem every year at the Feast of the Passover. 42And when he was twelve years old, they went up according to custom. 43And when the feast was ended, as they were returning, the boy Jesus stayed behind in Jerusalem. His parents did not know it, 44but supposing him to be in the group they went a day’s journey, but then they began to search for him among their relatives and acquaintances, 45and when they did not find him, they returned to Jerusalem, searching for him. 46After three days they found him in the temple, sitting among the teachers, listening to them and asking them questions. 47And all who heard him were amazed at his understanding and his answers. 48And when his parents saw him, they were astonished. And his mother said to him, “Son, why have you treated us so? Behold, your father and I have been searching for you in great distress.” 49And he said to them, “Why were you looking for me? Did you not know that I must be in my Father’s house?” 50And they did not understand the saying that he spoke to them. 51And he went down with them and came to Nazareth and was submissive to them. And his mother treasured up all these things in her heart. 52And Jesus increased in wisdom and in stature and in favor with God and man.

“No one has ever seen God; the only God, who is at the Father’s side, He has made Him known.”

“Jesus said to him, ‘I am the way, and the truth, and the life. No one comes to the Father except through Me.'”

“And there is salvation in no one else, for there is no other name under heaven given among men by which we must be saved.”

Share these three attributes of Jesus and God with someone you live with (spouse, roommate, coworker, friend), and ask that person which of the three you should develop in your life.

Acts 4:12 “And there is salvation in no one else, for there is no other name under heaven given among men by which we must be saved.”