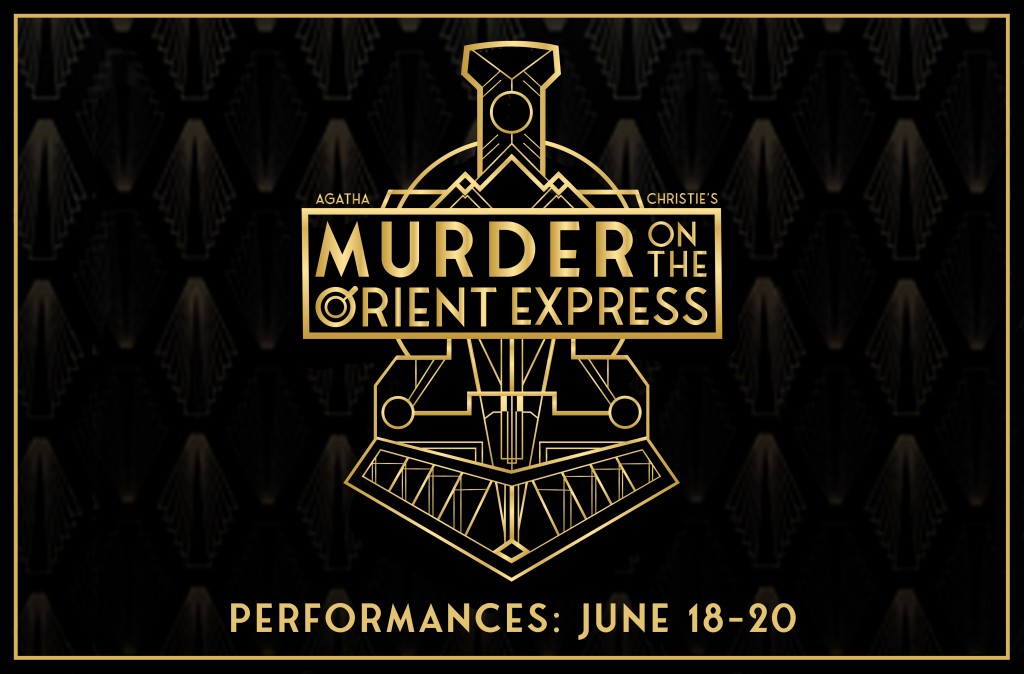 It’s 1934. Just after midnight, a snowdrift stops the Orient Express in its tracks. Known as the “King of Trains and Train of Kings”, the luxurious train is surprisingly full for the time of year, but by the morning, it is one passenger fewer. An American tycoon lies dead in his compartment, stabbed a dozen times, his door locked from the inside. Isolated and with a killer in their midst, detective Hercule Poirot must identify the murderer—in case he or she decides to strike again!

*Walk-ins will be given a time slot/return time at the end of the audition day. There are only 3 slots per day, and they will go quickly. We will not be able to extend past those 3 walk-in slots per day, so please make sure to arrive first thing on your desired day. The total cast size will be 10 actors, so not every person auditioning will be able to be cast.

Please arrive 30 minutes early before your scheduled audition time to fill out paperwork and check in. (If you are late for your audition, you may need to wait until the end of the day for a walk-in slot if one is available. There are only 3 walk-in slots per day, and they will go quickly. So, please make sure to arrive early for your audition.)

All actors auditioning should prepare a short, memorized monologue (2-3 minutes) that they find either online or from some other source. The total length of an audition should not exceed 5 minutes. Monologues should show a range of emotions and skill (you do not need to provide copies of your monologue).

1. Act. Don’t just read.
Remember, you are auditioning to act in a play. Yes, there are times when simply being a cute little kid is enough, but for the most part, we are looking for actors. Make an impression by actually acting during your audition, not simply delivering lines.

2. Learn a little bit about the show you’re auditioning for.
The more you understand the show and the characters, the more you can tailor your audition toward your desired role.

3. Take the time you need to prepare.
Remember Rule #1–Act. Don’t just read. Be familiar with your audition piece and have it memorized. Don’t worry if your piece isn’t from this show. We just want to know you have the ability to actually act.

6. Be humble.
No one is guaranteed a spot in a musical. It doesn’t matter what other roles you’ve had or other theatres you’ve worked with. Each part has someone just right for the role…that may be you, but maybe not. That doesn’t mean you’re not a good actor. If you come across as being someone who is hard to work with, it makes it much more difficult for the director to give you a part. We have seen quite a few actors walk into an audition because they just assume they will be given a part, and their audition is flat and uninspiring. Then they are shocked when they didn’t get a major role in the show. If you are serious about wanting a role, you need to give it your best. Every time. If you have acting experience, we will know from the information on your audition form. It is not unusual that a person with no previous acting experience gets a good part because they blew us away in the auditions.

7. Audition often.
One of the biggest obstacles between you and getting cast in a show is your nervousness. Nervousness makes you more timid. It makes you talk too fast. It makes you less memorable and more likely to get lost in the crowd. The best way to overcome your nervousness is to practice. That means auditioning more. If you don’t get the part, shake it off as a learning experience, and when the next show rolls around, go out and audition again. The more you go through the process, the easier it becomes.