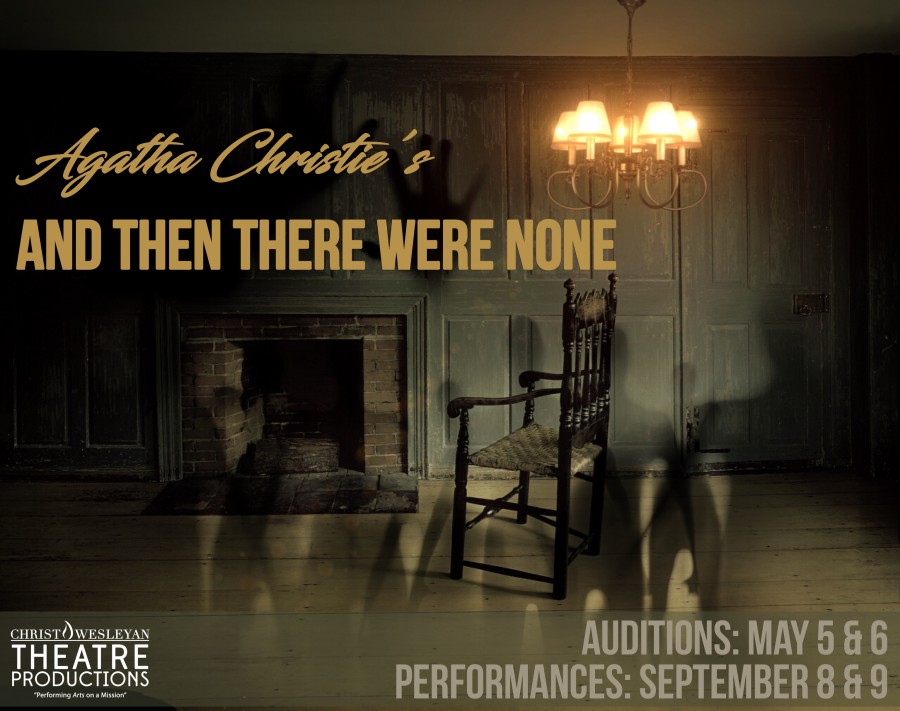 Ten strangers are summoned to a remote island. All that the guests have in common is a wicked past they’re unwilling to reveal and a secret that will seal their fate–for each has been marked for murder. As the weather turns and the group is cut off from the mainland, the chaos begins and one by one, they are offed in accordance with the lines of a sinister nursery rhyme.

One of Christie’s darkest tales and a masterpiece of dramatic construction, its growing sense of dread and unfaltering tension will keep you guessing to the very end.

In writing the stage version of her most successful and darkest novels during the Second World War, Agatha Christie responded to the mood of the times by introducing a more positive ending. The play was a smash hit in the West End and on Broadway.

Setting: 1940s/World War II, this drama is a mystery/thriller about 90 minutes in length, and is set in the living room of the house on Soldier Island off the coast of Devon.