The Art of Leadership 2020: Influence Through Communication

The Art of Leadership Conference provides the Greater Susquehanna Valley with an opportunity to receive high caliber leadership development in an environment that connects our community and builds relationships across businesses and organizations throughout Pennsylvania.

Influence Through Communication: This Year’s Focus

Every business, organization, leader, and employee faces the necessity of communicating effectively. As leaders we know the importance of casting vision, navigating challenges, and demonstrating value for our employees, partners, and clients. We work hard, we fill our schedules, and we strive to be effective. How do we develop our skill and knowledge to communicate in a world that is so rapidly changing? We serve many unique generations today. We employ any number of digital and physical mediums for communication. But how effective are all our efforts?

This year, the Art of Leadership is focused on exploring Influence through Communication. We want to equip you with thought, theory and practice that will help you get your message across to employees and clients alike. By addressing topics centered on understanding the various generations we serve and working with the variety of personalities we encounter, we can utilize both digital and physical platforms to communicate.

We are excited for you to join the conversation this year at the Art of Leadership.

Registration begins at 8:00am. Conference starts at 9:00am. 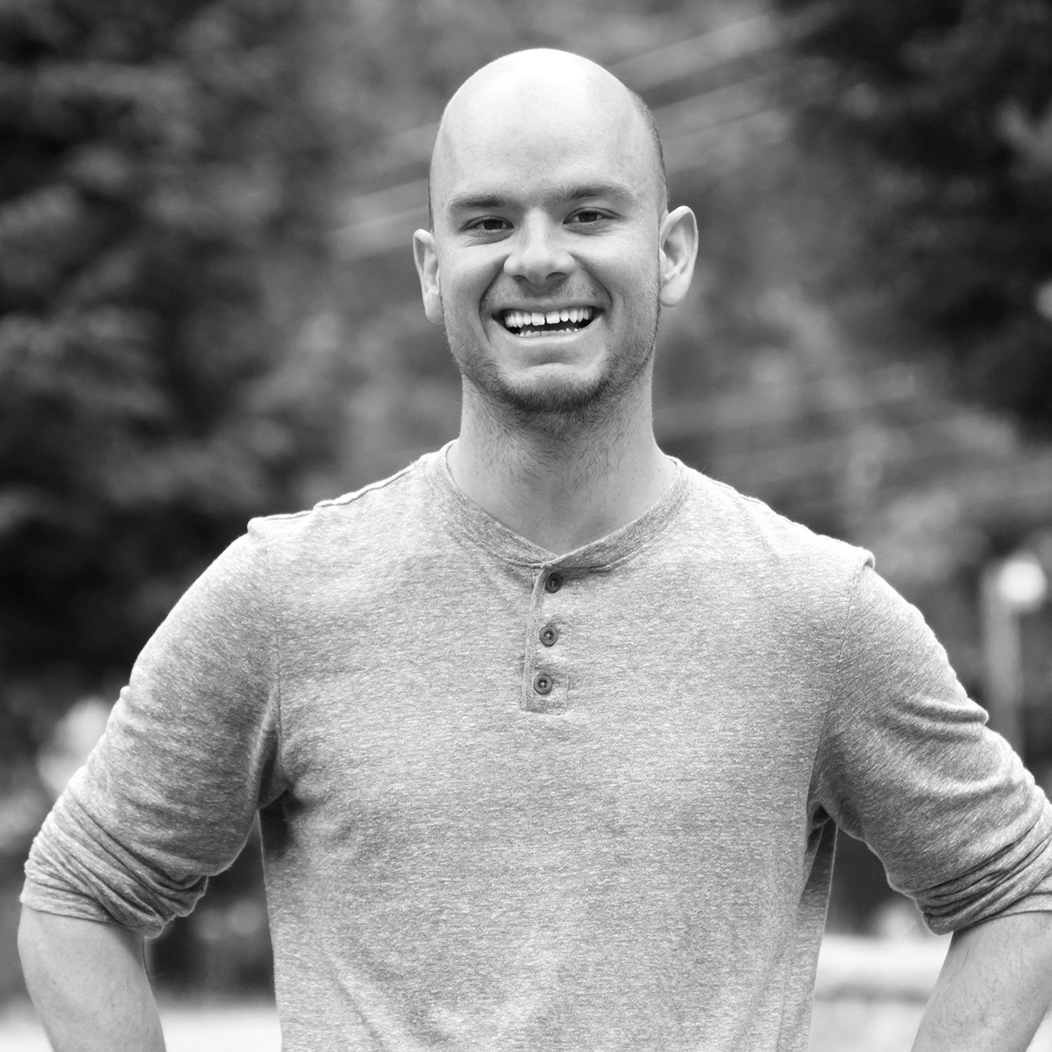 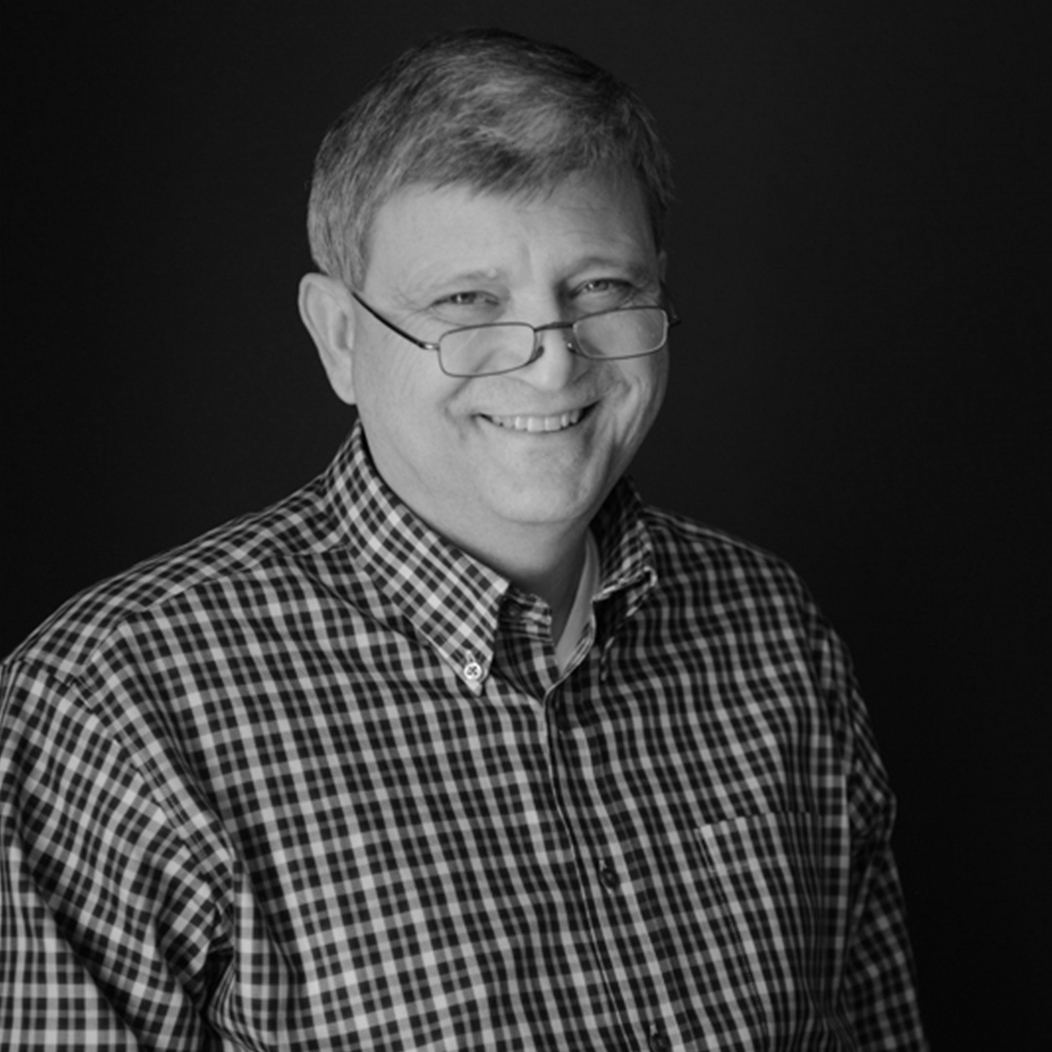 Dr. John R. Schafer is a retired FBI Special Agent who is currently employed as an Associate Professor at Western Illinois University. Dr. Schafer served as behavioral analyst assigned to the FBI’s National Security Behavioral Analysis Program where he developed many of the ideas presented in this book. He earned a Ph.D. in Psychology from Fielding Graduate University in Santa Barbara, California. He owns his own consulting company and lectures and consults in America and abroad. He authored a book titled “Psychological Narrative Analysis: A Professional Method to Detect Deception in Written and Oral Communications” and co-authored the text “Advanced Interviewing Techniques: Proven Strategies for Law Enforcement, Military, and Security Personnel”. He has published numerous articles on a wide range of topics including the psychopathology of hate, ethics in law enforcement, detecting deception, and the universal principles of criminal behavior. Dr. Schafer’s most recent co-authored book is the best-seller “The Like Switch: An Ex-FBI Agent’s Guide to Influencing, Attracting, and Winning People Over”. Dr. Schafer also writes a blog for psychologytoday.com. 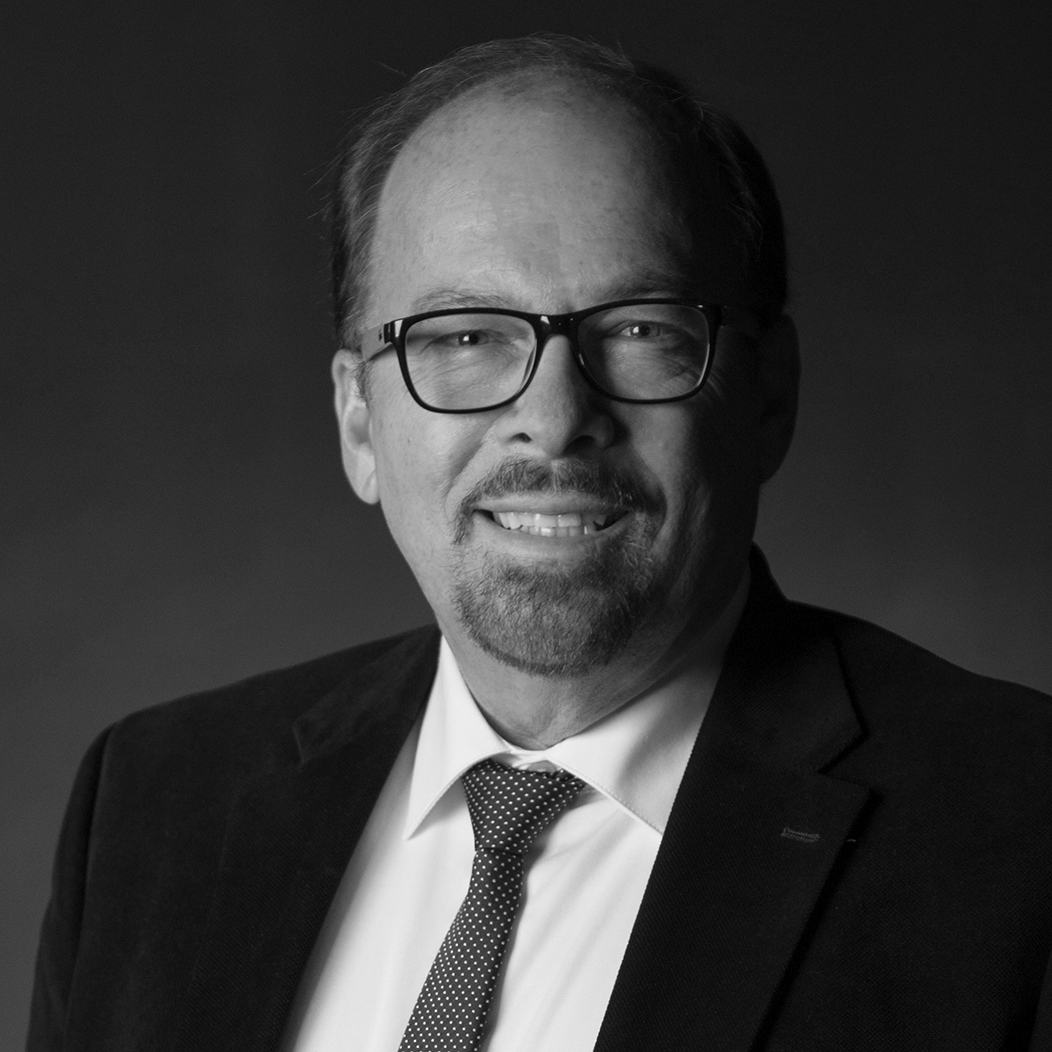 Arlie started as the Assistant Pastor at Christ Wesleyan Church (CWC) in 1981. He founded Meadowbrook Christian School in 1982, and was the first administrator. In 1989, he became Lead Pastor of CWC. As Lead Pastor, he is responsible for vision-casting and leadership. He teaches God’s Word each week and shares how to apply it to everyday life.

He has a B.S. in Special Education, M.A. in Religion, D.Min ABD in Leadership, Counseling, & Preaching.

He is married to Sharon, Wellness Care Director and Counselor at Christ Wesleyan. They have two kids, Aidan and Adrienne-Leigh, a son-in-law, Matt, and a granddog, Benny. 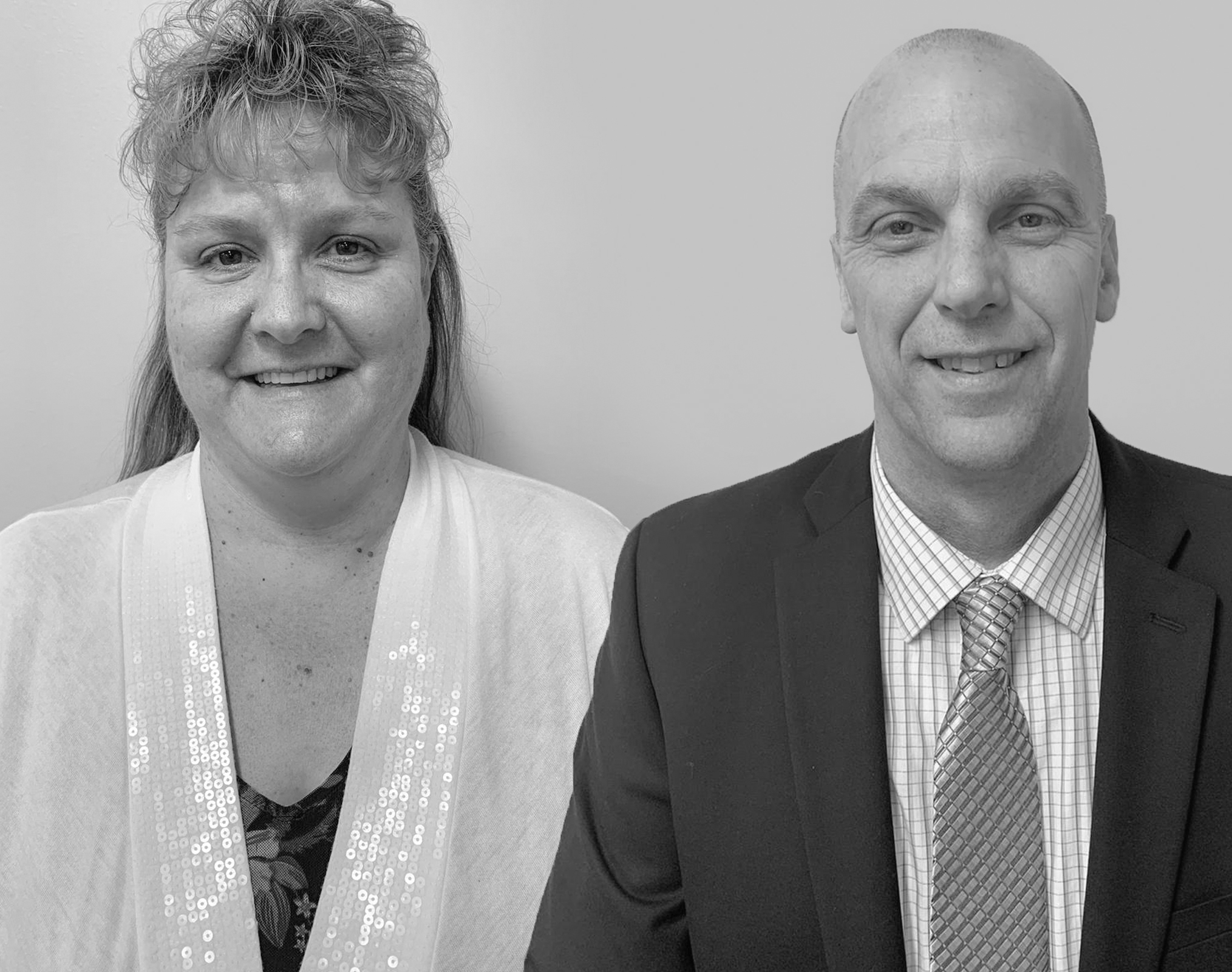 Mike worked 17 years in a local cabinet manufacturing industry before finding a connection to the leadership and sales arena. In 1998, he began his journey to “becoming the best version” of himself through multiple systems of development and experience speaking on local and national stages. Mike speaks both professionally and personally while sharing success principles and helping others to develop their own personal journey, so they can become their “best self”! His circle of influence and friendships include Inc. Magazine Top 50 Leadership and Management experts, Mr. Orrin Woodward and Mr. Chris Brady. Mike is currently the top sales manager for Rocky Mountain Structures located in Bloomsburg, PA.

Sue earned her Associates Degree in Early Childhood Education from Keystone College where she also was inducted into the Hall of Fame for recognition as a NJCAA double sport recipient in field hockey and softball. She serves as the Administrative Assistant to the Director of Special Education in the local school district for the last 26 years. Sue is a nationally ranked umpire as a USA Field Hockey and PIAA official. Prior to her officiating career, she was a 10-year assistant field hockey coach with one of Pennsylvania’s winning-est Coaches, Cathy J. Keiser, with 619 wins. Sue is deeply passionate about the “WIN” for you!  Whether competing on the field or working through life’s challenges, her goal is to encourage you to be your “very best”!

Mike and Sue speak as a team in both regional and national conference arenas on topics such as communication, being a team player, family of origin, power of encouraging words, and personality types. They have been married 29 years and have served on the Marriage Ministry team for the last 6 years at Christ Wesleyan Church in Milton, PA.  They have two adult children, KateLynn and Jacob and currently reside in Selinsgrove, PA. 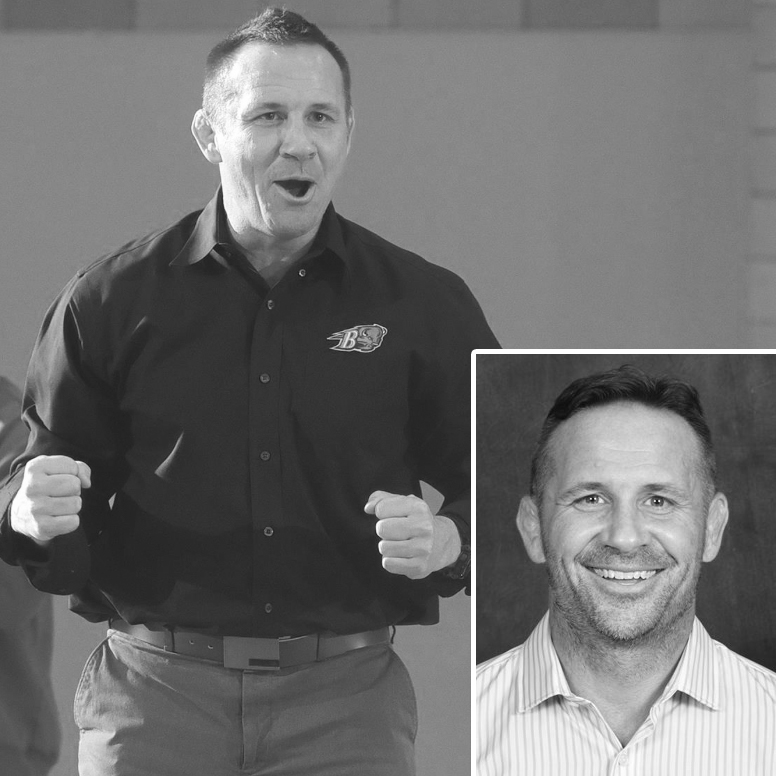 Dan Wirnsberger graduated from Michigan State with a degree in criminal justice. While wrestling for the Spartans, Dan compiled a record of 120-44, the third-most wins in school history. He served as a captain for three years and logged multiple wins at nationals distinguishing himself as an all-American.

He spent six years as an assistant coach at Virginia Tech which gained national recognition with several all-American wrestlers and appearances in NCAA competition. He transitioned to serve as the head coach of Bloomsburg University’s Division I program (2002-2005), and built the team to feature 10 student athletes competing in the NCAA Tournament, the program’s first-ever Olympic Trials qualifier, and was named 2005 PSAC Coach of the Year.

In 2005, Coach Wirnsberger was named the 15th coach of the Bucknell wrestling program, and is entering his 15th year at the helm of the Orange and Blue. He led the program back into the national spotlight after a four-year hiatus where it was not a varsity sport, he has succeeded and currently ranks second on the Bison career wins list with 120. He has accumulated 146 victories across his career.

Coach Wirnsberger resides in Lewisburg, Pennsylvania with his wife, Dana, a former athletic trainer at Bucknell, and their three sons, Cade, Max, & Chase.

Can I view this event online? You will not be able to view this event online.
Where are the sessions held? The event will be held in the Auditorium of Christ Wesleyan Church’s Milton Campus.
What time should I arrive? Plan to arrive between 8:00 and 8:30 am for registration.  The Welcome Session starts at 9:00am
What topics will be discussed? We will be covering a number of perspectives revolving around the concept of communication and specifically how to influence your team, clients, and associates to pursue the common goal.
Is there reserved seating? All seating is General Admission.  If groups wish to sit together it is recommended that they arrive early to select their seats.
What should I wear? Most people wear business casual or jeans. If you get cold easily, we suggest bringing a light jacket or sweater.
What should I bring to Art of Leadership? Each participant will be provided a program for notes. Bring an open mind and willingness to learn from incredible leaders.

How do I register? Registration is available through TIX.com by following the link on this webpage or by calling Christ Wesleyan Church at 570.742.8987.
When is the registration deadline? Registration closes on March 20, 2020.
Do I need to have all the names of our group when I register? Yes, you will need to provide the first and last name of each person attending. This will be asked at the end of the registration process for group members.
What does the conference price include? The price includes admission to the event, snacks and drinks throughout the day, a full catered lunch, and an opportunity to win giveaways.
Will there be food? Yes! We will provide snacks and drinks throughout the day as well as a full catered lunch that is mindful of the more common allergies including dairy and nut. If you have concerns about allergies, please contact Caleb Swartz directly at 570.742.8987.
What is the refund policy for this event? There will be a full refund available until March 20 when registration closes.

Is your campus wheelchair accessible?/What kind of accessibility arrangements are available? Yes, our facilities are fully accessible. If there are any additional accommodations you may need please contact Caleb Swartz at 570.742.8987.
What are my parking options for the event? Guests are welcome to park directly in front of the Auditorium or at the Well Entrance for the day. Look for the Art of Leadership banner outside the entry doors.
Will The Well Coffee House be open? The Well Coffee House will have a made-to-order stand in The Auditorium with a limited menu available during the breaks and lunch. The Coffee House will also be open to serve you their full menu. Coffee will be provided at no cost for the entire duration of the event.