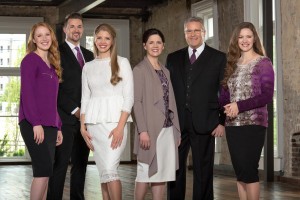 Enjoy an evening of inspirational, Southern Gospel music with The Collingsworth Family in concert with Phil, Kim, Brooklyn, Courtney, Phillip, Sharlenae, & Olivia. This free concert is general admission–first come, first served (no tickets). Seats can only be saved for individuals who have a handicapped parking pass. A free-will offering will be taken.

About The Collingsworth Family

Excitement, spiritual anointing, family-emphasis, and musical excellence are what you can expect to find when you step across the threshold of the auditorium for an evening of family worship and praise with The Collingsworth Family. Their constant, persistent attention to cutting-edge arranging, musical excellence, and a proper balance of spiritual emphasis are the keys to success God has helped them tap.

Their ministry has been featured on: The Gospel Greats with Paul Heil, Daniel Britt & Friends on XM/SIRIUS Satellite Radio’s Enlighten, Enlighten, GMT (Gospel Music Television), The DayStar Television Network, INSP Television Network, and have been regulars on many of the Gaither Homecoming Concerts, making appearances with Gaithers in some of their largest venues in the US and Canada.