I never thought that I would be a pastor. I went to college in 2002 with a clear vision of being a successful businessman. My dream job was to be hired out by big companies to present their products to potential buyers or customers across the globe. When God said no to Purdue University, He set me on a path that would be led by Him. I was called to youth ministry while singing at a summer camp the summer after my freshman year of college. I attended Indiana Wesleyan University and ended up graduating from there in 2007. When I was first called into ministry I said, “Nope.” But God pressed on my heart and I eventually gave in. God told me to keep my business degree as well as add ministry to my college experience.

Five years later (yes, five…needed all of those credits!) I graduated with a double degree in Youth Ministries and Business Administration. Indiana Wesleyan led me to Christ Wesleyan Church and Meadowbrook Christian School right out of college. I served for one year as Meadowbrook’s guidance counselor and athletic director. In 2008, I became the full-time youth pastor. In 2018, I was called out of youth ministries and became CWC’s first campus pastor at our Sunbury Campus. Also, in 2018 I graduated from seminary with a master’s degree in Ministry—Leadership. In 2020, I moved to an executive pastor role in preparation for Lead Pastor.

Amidst all of that, I was able to meet and date the girl of my dreams. Nikky and I married in June of 2013. It is amazing when you get to marry your best friend, and I did just that. In 2019, God blessed us with a daughter named Brinkley Belle. 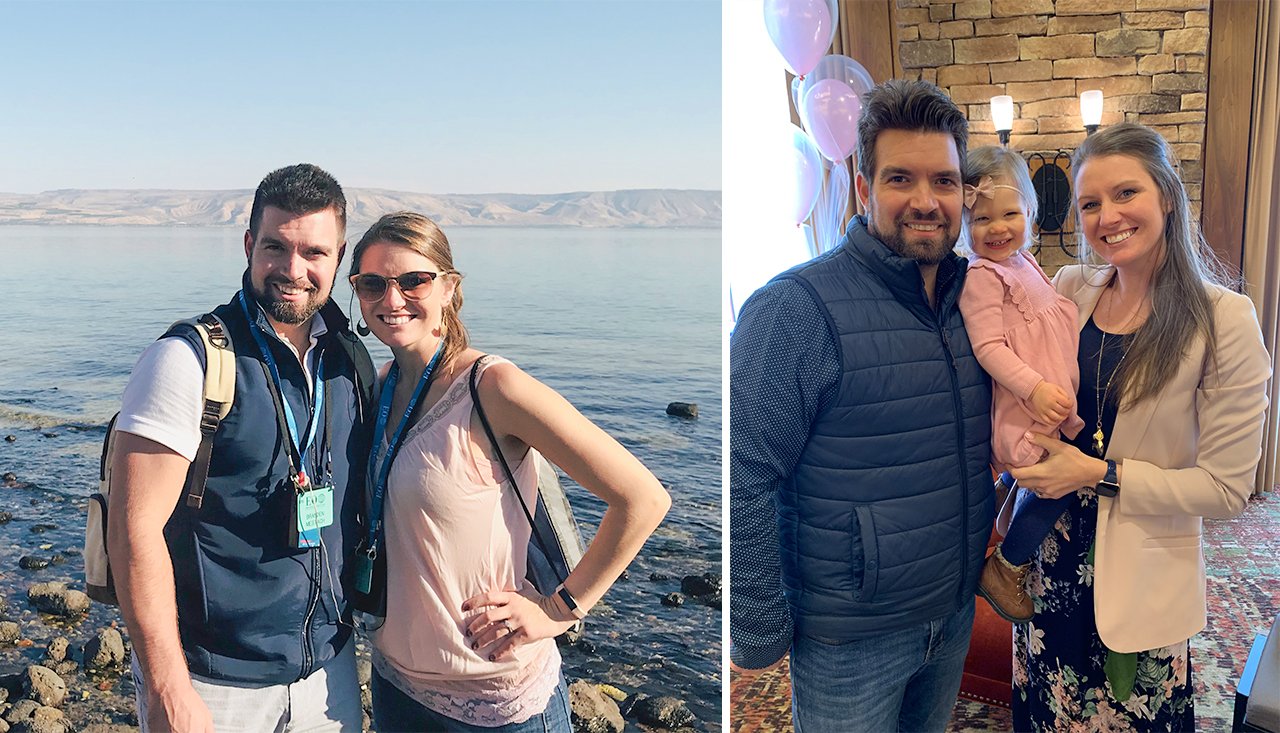 Scripture: 1 Samuel 16:7b, “The Lord does not look at the things man looks at. Man looks at the outward appearance, but the Lord looks at the heart.”

We believe that God has given us a clear mission to be a strong voice to our community–a voice that reaches an inter-generational body of believers with the life-changing message of Jesus Christ and empowers them to make a difference in their world. I believe my message is one of the positive differences we can make in this world as followers of Jesus Christ. I would love to invite you to join us to see God moving and partner with us in making a difference as we serve together.